There are many different ways to deal with ABL, or Automatic Calibration of the print pad. Currently, the two most common are: BL TOUCH and an induction probe. Today we will show how to connect an induction probe on the example of the Ender 3 printer, with motherboards from the MKS and SKR families.

Basic features of the induction probe:

Purchase of a probe

Of course, you can use any other solution.

Attach the probe so that it is approx. 2 - 3 mm above the level of the nozzle. It is a bit necessary to work with it and I recommend testing on any piece of other metal so that you do not damage your PEI pad.

This is where the fun begins. The PINDA v2 probe has 4 pins on the output, of which we will use only 3. The original from Průša Reasearch also has a shorter cable than needed for Ender 3. Here I would like to appeal to Chose to remember when designing his printers that his parts will also be used by Enderáci :).

The color coding of the output cables for both of the above probes is as follows (for the version without a temperature sensor, the white cable is missing):

The connection from the endstop on the boards from the MKS and SKR families looks like this: 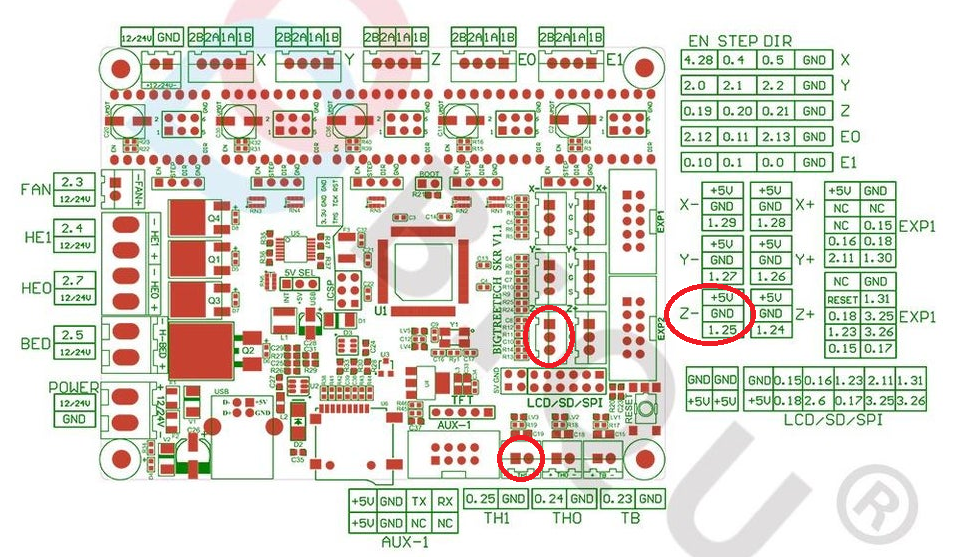 Therefore, we will either make an extension for a short cable version 2, or we power the connector for version 1 so that we have a + 5V power supply at the top, GND in the middle and an output from the sensor at the bottom, connected to pin 1.25 on the SKR 1.3 board. The temperature sensor then goes to port 0.25 (TH1). The connection on the MKS GEN-L board is the same, only the pin designation is D18 and A15 for the temperature sensor.

We don't have to remember the pin number in the above solution, in Marlin it is remembered for us by #define Z_MIN_PROBE_USES_Z_MIN_ENDSTOP_PIN

Setting up in Marlin

For this board, swap the pins between the Z-Endstop and the probe and connect the probe to the SERVOS connector. There is no temperature sensor 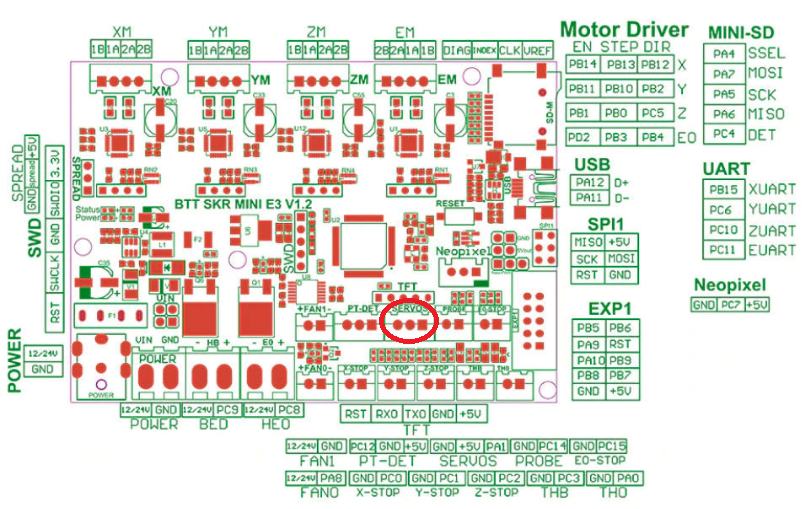 Then just enter the commands:

G76 - performs calibration. It really takes a lot of time, about 1 hour.

Tip at the end

It is a good idea to stick a square of tinfoil or tinfoil adhesive tape under the pad in the place where the probe is parked in the home position. Just 1x1cm. In the event that for some reason we shout without a steel pad, this square will ensure the detection of the bed and the printer will not try to bend it by all available means, as it will receive a signal in time that it is at home. 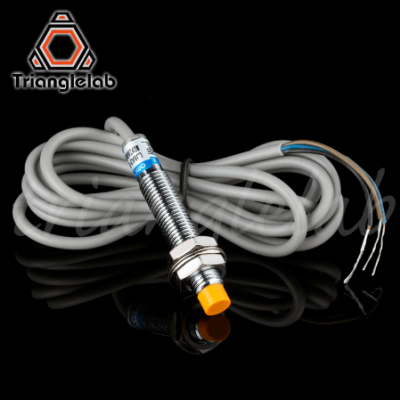