This board comes from a line of cheap Chinese 3D printer boards and is the successor to the SKR 1.1 board. The advantage of this board is a 32-bit microcontroller that handles more microstepping and many other advanced techniques that the 8-bit board can no longer handle. Another advantage is the very low price, which is only a few dollars more expensive than the cheapest 8-bit boards like MKS Gen L. It is also possible to replace the drivers, so if one burns out, you don’t have to replace the entire board, but just the driver. Compared to cheap 8-bit boards, this board has a built-in microSD reader that you don't have to add separately. Unlike the previous generation and also the cheapest 8-bit boards, you don't have to wire UART / SPI for drivers and just plug in jumpers. As a result, it is not necessary to set the motor current through the potentiometer on the driver, but it can be set directly in the firmware and the drivers also switch their modes according to speed and the most suitable one is automatically selected.

Finally, I would like to say that it is not necessary to load the bootloader into the board and upload the firmware via a microSD card or directly via USB. 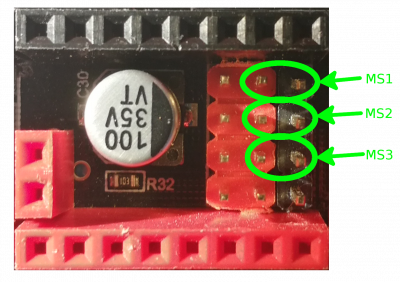